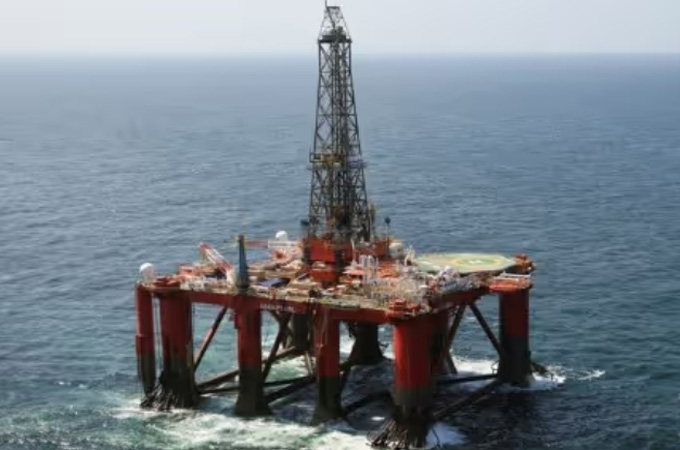 The Biden administration has granted a license to Trinidad and Tobago to develop a major gas field located in Venezuelan territorial waters, US and Trinidad officials said, marking a further easing of some sanctions on Venezuela.
The license, issued by the US Treasury Department at Trinidad's request and intended to enhance Caribbean regional energy security, means the island nation can do business related to the Dragon gas field with Venezuela's heavily sanctioned state-run oil company PDVSA.
Prime Minister Keith Rowley, speaking at a news conference in Port of Spain, said Trinidad expects to gain access to 350 million cubic feet of gas per day from the Dragon field.
He said he applied for the license in mid-2022 and won approval after discussing it with top US officials, including US President Joe Biden, while also keeping open a channel of communication with Venezuelan President Nicolas Maduro.
A senior US official, speaking to Reuters on condition of anonymity, said "the Maduro regime will not be permitted to receive any cash payments from this project" and all remaining US sanctions would be unchanged and enforced.
The decision was the result of extensive diplomacy between Vice President Kamala Harris and Caribbean leaders in an effort to ensure regional energy security and reduce reliance on other nations' resources, including Russia, the official said.
"The US Vice President has been a careful and committed listener," Prime Minister Rowley said.
PDVSA has found reserves of 4.2 trillion cubic feet (TCF) in Dragon, on the Venezuelan side of its maritime border with Trinidad. The project was headed for production over a decade ago, but stalled over lack of capital and partners, as well as sanctions.
Under US sanctions, companies and governments must obtain authorisation from the US Treasury Department to do business with PDVSA. The Biden administration has granted only a few such licenses since taking office in January 2021, mostly on a heavily restricted basis.
The license follows a round of negotiations in November between Maduro's Socialist government and the opposition, aimed at finding a path to new elections. But Maduro, whose 2018 re-election was widely derided by Western governments as a sham, has resisted sending his negotiating team back to the table since then.
With Maduro's hand strengthened by fractures within the opposition and eroding diplomatic isolation in Latin America, it was not immediately clear whether the new US license could help lure him into a new round of talks in Mexico.
REGIONAL ENERGY NEEDS IN FOCUS
One of Washington's key aims appeared to be a response to US partners in the Caribbean who have called for help to deal with high energy prices following Russia's invasion of Ukraine.
"The Vice President conveyed to the Prime Minister that the Treasury Department would take action to help meet the region's long-term energy needs," a statement from Harris' office said, referring to a call with Rowley on Tuesday.
The license will allow PDVSA, Shell and Trinidad to jointly plan and develop a gas-exporting project after agreeing to pending details in coming days. A portion of the resulting gas must be exported to Jamaica and the Dominican Republic, according to the two-year license's terms, Rowley said.
Trinidad is Latin America's largest liquefied natural gas (LNG) exporter, with installed capacity to process 4.2 billion cubic feet per day (bcfd) into LNG, petrochemicals and power. But its gas production is just under 3 bcfd.
Even with Washington's granting of Trinidad's request, it could take years of investment and effort to bring Venezuelan gas to Trinidad and boost LNG exports, experts say.
In addition, with no payments authorised to Venezuela, it could be difficult for Trinidad to craft a deal with Caracas.
Cash-strapped PDVSA is expected to operate the Dragon project on the Venezuela side. The US authorisation could open the door for moving ahead with another gas project with Trinidad, in the Loran-Manatee fields.
In November the US issued a six-month license to Chevron, authorising it to expand operations in Venezuela and bring oil to the US.
The Chevron license was one of Washington's first significant steps to ease sanctions as an incentive for Caracas to work with opposition leaders. -Reuters
Share