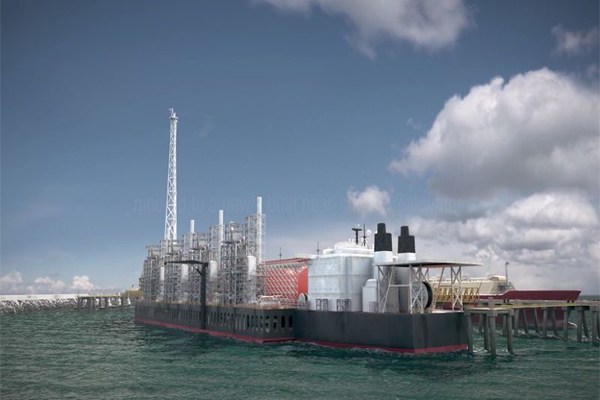 The Grand Tortue Ahmeyim gas field development, straddling the offshore waters of Mauritania and Senegal, is expected to produce its first gas in 2023 following delays related to the coronavirus pandemic, according to Senegal’s Oil Minister Sophie Gladima.
The two countries and international oil companies BP and Kosmos Energy are collaborating on the $4.8 billion project set to produce 2.5 million tons of liquefied natural gas annually and 70 million cu ft of natural gas a day in its first phase, to be equally shared between Senegal and Mauritania, Gladima said.
“The start of the pandemic coincided with a key period corresponding to the development of the oil and gas fields,” she said. “Many development-related activities, such as the mobilisation of resources and people, the construction phases on various sites around the world and installations were affected.”
The delay from a planned 2022 start has denied Senegal much-needed oil and gas revenues as its economy seeks to recover from the impact of the pandemic, which pushed down its 2020 economic growth target to 0.7 per cent.
Between 2014 and 2017, reserves of more than 1 billion barrels of oil and 40,000 billion cu ft of gas were found in Senegal -- most of them shared with Mauritania, according to the International Monetary Fund.
That’s prompted Senegal to be hailed as one of the region’s most promising new producers and a possible future member of the Organization of Petroleum Exporting Countries.
“Any talk of joining any international organization or not is premature,” said Gladima. “Senegal is focused on the development of its oil projects to meet its objective of starting production from 2023,” she said. The resources will be used “to build an economy that’s connected and competitive,” through the reduction of electricity costs, the development of local content, and industrialisation.
CHEAPER POWER
Power plants run by the state-owned Senelec and independent producers such as Turkey’s Karpowership are expected to switch from heavy fuel to gas after gas-to-power projects are completed, President Macky Sall said las year.
“There’s a lot resting on gas-to-power,” said Kissy Agyemang-Togobo, a Managing Partner at Songhai Advisory Group. “Electricity is expensive in Senegal -- the cost of production is high,” with many plants running on imported fuel, she said.
Senegal’s Sangomar project, developed by Perth, Australia-based Woodside Energy, with an estimated production capacity of 75,000 to 100,000 barrels of oil per day, is also set to start production in 2023, Gladima said. The $4.2-billion project will receive 18 per cent of its funding from state-owned oil company Petrosen, she said.
The country had already started to reap benefits from its discoveries when the pandemic hit. The government’s revenues from the hydrocarbons sector reached 22.8 billion CFA francs ($42.5 million) in 2019, a 37 per cent increase from 2018, according to a report by the National Committee of Extractive Industries Transparency Initiative. The rise that year was driven by a tax adjustment of 5.21 billion CFA francs paid by Kosmos Energy.
Another gas field, Yakaar-Teranga, a resource of 15 to 20 trillion cubic feet, seeks to start production in 2023 or 2024, she said. –Tradearabia News Service
Share