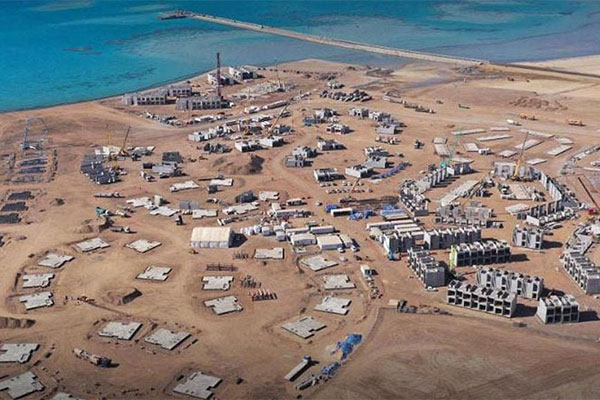 Saudi Arabia’s The Red Sea Development Company (TRSDC) has inaugurated the first station to produce water fully extracted from sunlight and air, as part of its endeavours to preserve the natural environment.

Launching this pioneering project in cooperation with Source Global, which is specialided in water extraction, is in line with what the multi-product Saudi tourism sector is witnessing, which will meet tourists' demands at the Red Sea distinguished destination through various means, TRSDC Chief Administrative Officer and Spokesperson Ahmed Ghazi Darwish was quoted as saying in a Saudi Press Agency (SPA) report.

He noted that the water extraction station, which works on solar energy and is the biggest of its kind, has a production capacity of two million bottles with a total of 330 millimetres annually. Yet, it will produce, in its early stages, 300,000 bottles each year, where reusable glass bottles will be refilled within the station as part of a periodic and sustainable distribution model. He added that water collection and bottling will reach carbon neutrality and dispose of non-recyclable plastic bottles.

He added that an ideal location was identified to inaugurate this solar-energy-powered station, pointing out that specialists have installed hydrogen panels at the location through a virtual survey under a plan that guarantees the efficiency and success of the project.

Moreover, 100 hydrogen panels will be installed, while expansion plans in the second and third phases will include installing 1,200 hydrogen panels in total, in addition to providing the station with necessary machinery and equipment, as well as the recyclable bottles from companies inside the Kingdom of Saudi Arabia.

Darwish said that the water extraction technique adopted by TRSDC as a sustainable goal works without the need to being connected to the national power grid and suffices with solar energy to increase the level of condensation at the hydrogen panels to produce high-quality pure water.

He added that monitoring the performance of hydrogen panels can be made through a smart application that can show main statistics about the produced amounts of water, the environmental impact of the hydrogen panels, and whether the device needs any maintenance.

This technique of water extraction, which is run 100 percent by Saudi competencies, accords with several local and international water quality standards, such as those of the Gulf Cooperation Council Standardization Organization, the World Health Organization, Saudi Food and Drug Authority, and regulations of the Ministry of Environment, Water and Agriculture, in addition to the requirements of water factories.