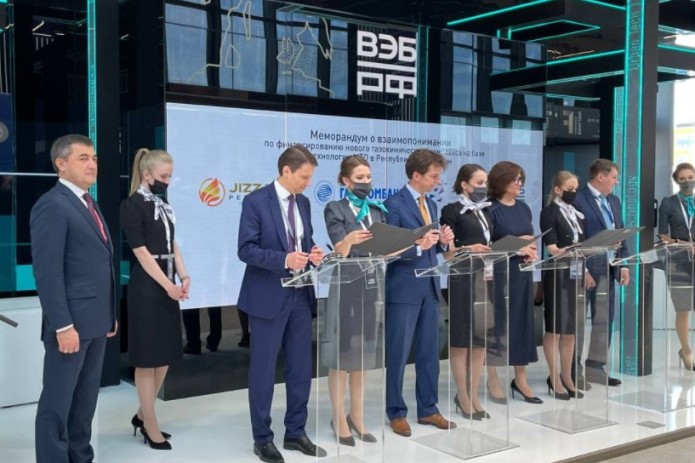 Jizzakh Petroleum, a major oil and gas company in Uzbekistan, said it has signed a four-sided MoU with Russia’s Gazprombank, State Development Corporation and the Russian Agency for Export Credit and Investment Insurance (EXIAR) for the financing of the new greenfield gas chemical complex based on Methanol-to-Olefins technology in the country's Bukhara region.
The MoU establishes a framework for potential future cooperation between the parties with respect to the financing of the project and the insurance of the risk related to the facility in the amount of $800 million preliminarily.
Jizzakh was named a major investor in the project late last year. The $2.8-billion gas chemical plant, one of the largest and most complex in the CIS region, is regarded as key to the future monetization of Uzbekistan natural gas through the production of export-oriented high-value-added gas-chemical products.
Nigora Ibadova, the director for strategic development, said: "The MTO project, on which our team has been working for about two years, is a great example of the modern Uzbekistan, where great attention is paid to projects to create a value chain and the production of finished products, import substitution."
"This, in turn, gives a positive impetus for the development of future related industries and the creation of new workplaces," she stated at the signing ceremony held on the occasion of the St. Petersburg International Economic Forum, which over the last few years has become a leading global platform for members of the business community to meet and discuss key economic issues facing Russia, emerging markets, and the world as a whole.
"This project will become the core of the future gas chemical cluster, which will be assigned the status of a special economic zone, the first of its kind in Central Asia," she added.
Once completed, the 720,000-tonnes-per-year complex is expected to process 1.5 billion cu m of natural gas annually and produce high-quality polymers used in many sectors of the world economy.-TradeArabia News Service
Share