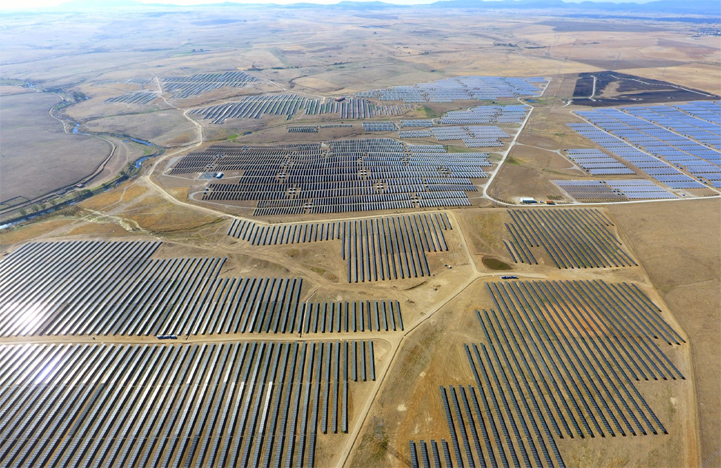 Leading developer of sustainable energy solutions Fotowatio Renewable Ventures (FRV), part of Abdul Latif Jameel Energy, has reached a financial close on the Carmonita Norte solar PV cluster in Extremadura, Spain.
With a capacity of 123 MWdc, the Carmonita Norte cluster will be the first of the three projects that the Carmonita node will host. Covering an area of 356 hectares, the Carmonita Norte cluster will produce around 260 gigawatt hours (GWh) of clean energy per year, which is enough to supply energy to approximately 93,600 Spanish homes, while avoiding the emission of around 193,000 tons of carbon dioxide (CO2), said a statement.
The Carmonita Norte cluster joins several solar photovoltaic projects that the company currently has in Extremadura both in operation (La Solanilla, 50 MWp, and the San Serván 220 cluster, 138 MWp divided into three projects), and under construction (the San Serván 400 cluster, 150 MWp divided into three projects), reaching a total of 461 MWp executed. Together with the solar projects currently under development, the total projects will deliver a forecasted 1.1 gigawatts (GW) in the region in South-West Spain.
For the construction, FRV has reached a financing agreement under the Project Finance modality with MUFG, ING and Santander Corporate & Investment Banking (CIB) for a total amount of Euro 80.9 million. Once the plants are operational, the project's revenues will be guaranteed by a long-term Power Purchase Agreement or PPA.
It is estimated that the first plant of the Carmonita complex will be fully operational by the end of 2023, which will contribute to the Long Term Decarbonization Strategy (LTS) promoted by the Spanish Government, which sets out the path to achieve Greenhouse Gas (GHG) emissions neutrality in Spain by 2050.
Fady Jameel, Deputy Chairman and Vice Chairman of Abdul Latif Jameel, said: "FRV has made impressive progress in expanding its portfolio of renewable energy projects, not only in Spain, but around the world. This expansion is a testament to our commitment to delivering clean energy solutions in key global markets and we are proud to have the opportunity to bring clean energy to Extremadura while supporting Spain's broader decarbonization strategy."
Fernando Salinas, Managing Director of FRV Iberia, said: "The financial closing of the Carmonita Norte cluster is great news for FRV, which continues to expand its clean energy portfolio in Spain and, thus, consolidate its role as a leading renewable energy company, as well as for Extremadura, which has unbeatable conditions to host projects that allow clean energy to continue growing, with the positive impact that this has both environmentally and on the local community, generating wealth and employment in the region." -TradeArabia News Service
Share