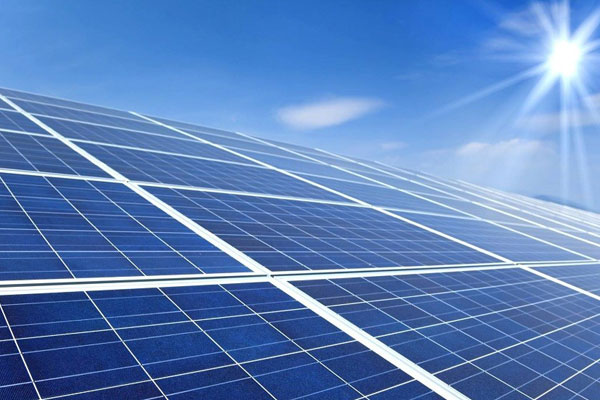 Saudi-based Acwa Power today (November 30) signed an agreement with Water and Electricity Holding Company (Badeel), a wholly-owned unit of the kingdom's sovereign wealth fund PIF (Public Investment Fund), to develop a 2,060 MW solar photovoltaic (PV) plant at Al Shuaibah in Makkah province.
A leading developer, investor, and operator of power generation, water desalination and green hydrogen plants worldwide, Acwa Power said Shuaibah 2 is its sixth solar energy facility in Saudi Arabia.
As per the deal, Badeel and Acwa Power will build, own, and operate Al Shuaibah 2 facility and the electricity produced will be sold to Saudi Power Procurement Company (SPPC).
When complete, it will be the largest facility of its kind in the Middle East that will power 350,000 homes, it added.
Deputy Governor and Head of Mena Investments at PIF Yazeed A. Al-Humied said this marks a key achievement toward PIF’s commitment to develop 70% of Saudi Arabia’s renewable energy by 2030.
"Utilities and renewables are one of PIF’s priority sectors as part of its domestic strategy, which focuses on unlocking the capabilities of promising sectors to enhance Saudi Arabia’s efforts in diversifying revenue sourcesm," he noted.
The project will be jointly owned by Badeel and Acwa Power. Each company will hold a 50% equity stake through the establishment of a JV company - Shuaibah Two Electrical Energy Company- dedicated to the development of the project. The commercial operations are set for Q4 2025.
Acwa Power Chairman Mohammad Abunayyan said: "Under the guidance of our visionary leadership and the Ministry of Energy, Saudi Arabia continues to accelerate its ambitious plans for diversifying its energy mix to include renewable energy."
"It is a great honour to partner with Badeel and SPPC in developing this milestone project which will set a benchmark for sustainable energy development in the region," he stated.
Following the setting up of the JV, Shuaibah Two Electrical Energy Company has signed the power purchase agreement for the project with Saudi Power Procurement Company (SPPC), the offtaker within this project.
“Solar power is a key component in unlocking positive economic, environmental and social outcomes for the betterment of communities across our great nation. We remain committed to developing local capabilities in technology, supply chain, and talent and ensure they are realised to their fullest potential,” he stated.
Abunayyan said Badeel and Acwa Power are also developing the Sudair Solar PV 1500 MW project; which was the first cornerstone renewable energy project in PIF’s programme.
Acwa Power’s KSA portfolio comprises 13 power, water desalination and green hydrogen plants, he added.-TradeArabia News Service
Share