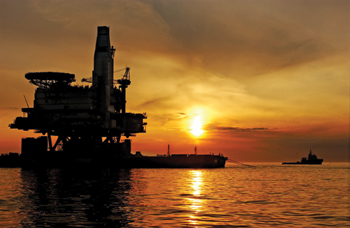 A SHARP drop in drilling, both in the US and internationally, as a direct result of plunging crude oil prices is forecast, according  to the oil and gas industry’s leading magazine for upstream technology and activity, World Oil.

In its 89th annual forecast and review, World Oil predicts an average WTI oil price of $55.75 per barrel (bbl), while Brent will be $58.80 bbl. A Henry Hub natural gas price of $3.35 million British thermal unit (mmBtu) is expected.

“If crude oil prices persist below $50 bbl, there will be a dampening effect on oil-directed exploration and production (E&P) activity in regions of the world that are burdened with high break-even costs,” says World Oil publisher Ron Higgins in a statement.

“These items include potential projects in the Arctic and other high-cost frontier areas, unfunded heavy oil projects in Canada’s oil sands, and low-margin shale plays in North America. We expect that offshore projects that have a long producing horizon will continue, as will activity in fields where capital costs already have been sunk, and operating costs are manageable.”

Given these factors, as well as analysis of proprietary surveys, World Oil forecasts the following:

• US Gulf of Mexico exploration and production (E&P) activity, particularly deepwater work, will continue at a lower level. If oil prices remain depressed for an extended period, fewer new projects will be sanctioned;

In the US, liquids-rich shale plays are expected to bear the brunt of low crude oil prices, because of high break-even costs. Texas will experience an overall 23.4 per cent decrease in new well activity to 13,911 wells. Particularly hard-hit will be the Permian Basin of West Texas (Railroad Commission Districts 7C, 8 and 8A), as well as the Eagle Ford shale of South Texas (Railroad Commission Districts 1 and 2). Texas led the nation in oil production at the rate of 3.491 million barrels of oil per day (mbpd) in November 2014. That figure may begin to fall in the latter part of 2015.

Including federal OCS (offshore) output, Louisiana produced 1.427 mbpd in October 2014. World Oil expects the state to experience an overall 18.1 per cent drop in the number of wells drilled to 902, although the southern portion, which is devoted primarily to conventional oil drilling, will hold up better.

North Dakota, which produced 1.217 mbpd in November 2014, will suffer a 30 per cent drilling cut to 1,663 wells, due to reduced activity in the oil-rich Bakken shale play. Oklahoma, which encompasses both conventional oil, and shale oil and gas production, is expected to suffer a 21 per cent reduction in the number of wells drilled, to 2,708.

One of the few bright spots in the US is Pennsylvania, which is the core of the giant, gas-rich, Marcellus shale play. World Oil estimates that gas-directed drilling in the state will actually increase 1.1 per cent to 2,255 wells.

Internationally, E&P activity in Western Canada is being subjected to the same market forces as the US Overall, Canadian drilling is set to drop 30 per cent. Investment in Canada’s oil sands extraction industry is dropping, and shale operators in the Horn River and Montney shales are cutting back on drilling. The one bright spot is offshore, on the East Coast.

In response to declining production, Mexico is ending its monopoly and holding licensing rounds to encourage foreign investment. State oil company Pemex is expected to boost drilling 19.1 per cent, to 593 wells. Throughout South America, drilling is expected to decline 1.2 per cent during 2015, to 3,551 wells. A stand-out in the region is Colombia, which is producing about 1 mbpd. In Western Europe, drilling activity is expected to reflect weakness in the economy, with an 11.8 per cent decrease to just 480 wells, including declines in the UK and Norway.

Activity throughout Eastern Europe, including Russia, is expected to drop 2.7 per cent to 8,281 wells. In Russia, there will be a 2 per cent pullback in drilling to 6,867 new wells. In January 2015, Russian oil production rose to a post-Soviet record of 10.6 mbpd, indicating the country has yet to feel the effects of sanctions imposed last year.

Due to relatively low lifting costs, oilfield activity will remain fairly robust in portions of Africa and the Middle East that are not adversely affected by internal strife or political activity. Africa, overall, will drill 10.7 per cent fewer wells, or about 1,408, with the two largest oil producers, Angola and Nigeria, expecting reductions. With the Organsiation of Petroleum Exporting Countries (Opec) throwing down the gauntlet of not reducing production, drilling in the Middle East will drop for the first time in nearly a decade, falling 11.2 per cent to 3,053 wells. However, activity in Saudi Arabia will remain nearly even, at 573 wells.

In South Asia, which includes India, the world’s fourth largest net importer of crude oil, drilling activity is expected to drop 7.4 per cent, to 521 wells. In the neighboring Far East, drilling is expected to increase less than 1 per cent, to 27,225 wells. The region is dominated by China, which is under pressure to reverse declining production from onshore fields and increase exploration activity offshore. In the South Pacific, Australia is on track to take over, from Qatar, the mantle of becoming the world’s leading liquefied natural gas (LNG) producer, despite struggling with rising project costs and high labor rates. About 84 per cent of the region’s 285 wells will be in Australia.

S&P PREDICTS NEGATIVE OUTLOOK
Meanwhile, Standard & Poor’s also predicts a negative outlook for the drilling industry. “Our fundamental outlook for the oil and gas drilling sub-industry for the next 12 months is negative, with weakness in both offshore as well as onshore drilling,” it says in its latest industry investment outlook. “The recent advances in US crude oil and natural gas production, which show few signs of letting up, are adding to spare capacity and lessening the impact of occasional geopolitical flareups. Combined with a slackening in global oil demand, we believe that West Texas Intermediate (WTI) crude oil prices, at $48 per barrel as of January 2015, are likely to remain range-bound over the next 12 months.”

“Bentek Energy, a unit of Platts, projects WTI crude oil averaging $50.64 bbl in 2015. We also think US natural gas prices will be significantly affected by associated gas obtained via oil-directed drilling, which now comprises over 80 per cent of the active US rig count. Using data from the EIA, we see Henry Hub spot prices averaging $3.94 per million BTU in 2015, versus $2.89 MMBtu as of early January 2015,” the report adds.

According to S&P, in offshore drilling, a renaissance in newbuild rigs has yielded a situation of excess capacity that, based on data from IHS Petrodata, comprises about 28 per cent of the December 2014 actively marketed rig count.

“We think recent instances of newer ultradeepwater rigs being recontracted at materially lower day rates are likely to be frequent in the near term, although we think that this also manifests via older deepwater rigs suffering from weaker utilisation. Similarly for shallow water jackups, we think excess supply of uncontracted newbuilds remains significant and will take time to absorb. We would not be surprised to see more retirements, divestitures or spinoffs of legacy units. Using data from IHS Petrodata, as of early January 2015, about 45 per centof newbuild floaters are not yet contracted, and 89 per cent of newbuild jackups,” it says.

Onshore North American drilling activity in early January 2015 was an average count of 1,811 active units, up 3.4 per cent from the year-ago period. However, on a per-rig basis, the number of wells drilled in the third quarter of 2014 (most recent available; 5.19) was marginally lower than in the second quarter. With oil-directed drilling dominating the rig counts, and crude oil prices significantly lower than just a few months ago, we think rig counts decline in the mid-to-high single digits in 2015.

OIL DRILLING AND GAS EXTRACTION
Meanwhile, in Canada, falling oil prices will lead to a contraction in oil drilling revenue over 2015, but new technology and continued investment will spur resumed growth over the next five years, says industry research firm IBISWorld in its report on the oil drilling and gas extraction industry.

Canada has in the past five years entered a boom in oil and natural gas extraction, largely encouraged by technological improvements that have enabled the development of Alberta’s oil sands. Despite the recent drop in oil prices, which is expected to lead to a contraction in oil drilling and gas extraction industry revenue during 2015, Canada continues to be one of the largest energy producers in the world, and is expected to maintain this position in global energy markets in the five years to 2020. As international oil companies continue to invest in Canadian resources, it expects that the industry will maintain steady performance.

According to IBISWorld industry analyst James Crompton: “Hydraulic fracturing and horizontal drilling techniques have experienced a surge in popularity and effectiveness. These techniques have allowed industry operators to tap into previously uneconomical deposits, most notably in the oil sands of Alberta.”

The oil sands now account for almost all of Canada’s total oil reserves, the size of which trails only Saudi Arabia and Venezuela. In addition to Canada’s status as one of the world’s largest energy producers, it also remains one of the largest import sources of oil and gas products for the United States. The vast majority of the industry’s exports are destined for US refineries, and this is expected to continue in the five years to 2020.

“In the next five years, the industry is expected to continue performing strongly despite weakening oil prices,” says Crompton.

Industry revenue is expected to grow due to continued extraction from offshore locations and Alberta’s oil sands, as well as trade with the US. The world prices of natural gas and crude oil are expected to rise in the five years to 2020, providing support for the industry’s already high profit margins. Additionally, as the US economy continues to improve, exports are expected to continue expanding over the next five years. 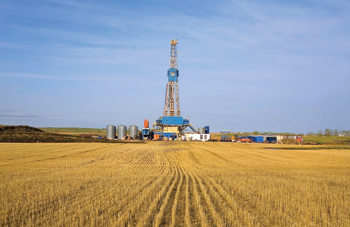