Al Tayer discussed Dewa’s key projects and plans to achieve the vision of Sheikh Mohammed bin Rashid Al Maktoum, Vice President and Prime Minister of the UAE and Ruler of Dubai. Dewa contributes to achieving this vision by establishing a robust infrastructure to meet the increasing demand for electricity and water.

BAGHDAD: Global technology giant Siemens and Orascom Construction have been signed up by Iraq’s Ministry of Electricity to rebuild Baiji 1 and Baiji 2 power plants in northern part of the country.

The plants will have a combined generation capacity of 1.6 gigawatts (GW) when completed and are a major step in Siemens’ roadmap for rebuilding Iraq’s power sector that has already added more than 700 megawatts (MW) to country’s grid.

As per the deal, Iraqi government is set to award contracts worth $775 million for Phase One of the roadmap.

Work at Baiji, which is about 250 km north of Baghdad, will begin once the contracts are approved by Iraq’s Council of Ministers. 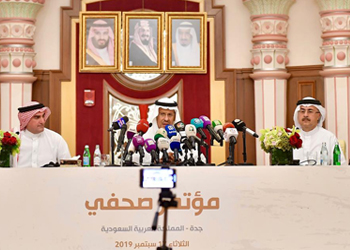