FUJAIRAH: Brooge Energy (Formerly Brooge Holdings), through its subsidiary Brooge Petroleum and Gas Investment Company (BPGIC), has announced that the final basic design for the company’s planned Phase III oil storage terminals and 180,000 barrels per day (bpd) refinery has been completed by MUC Oil & Gas Engineering Consultancy and handed over to the group.

The completion of the basic design progresses BPGIC's plan to develop up to 3.5 million cu m of storage capacity, the equivalent of 22 million barrels. It is targeting the Phase III facility to be operational in late 2022.

"Once Phase III is completed, this would bring our total storage capacity up to 4.5 million cu m, which is the equivalent of 28.3 million barrels of oil," Nicolaas L Paardenkooper, CEO of Brooge Energy and BPGIC, said:

"It is anticipated that 2020 will witness the first overall negative growth in supply since the restructuring of the electricity sector in 2005, a sharp fall from the decade after restructuring which saw consistent double-digit annual growth rates in supply," Oman’s Authority for Electricity Regulation (AER) was quoted as saying in the report.

KUWAIT CITY: Kuwait has cancelled plans to construct the Al Dabdaba solar plant, which would have provided 15 per cent of the oil sector’s needs from renewable sources, due to the Covid-19 pandemic, reported Reuters.

The plant was set to come up at Al-Shagaya renewable energy complex, nearly 100 miles west of the capital Kuwait City and near to the Saudi border. Once completed, it would have been one of the largest photovoltaic solar facilities in the region generating 2,500 GWh of electricity per year

The lowest bid for the project was KD439 million ($1.4 billion), Kuwait’s Alrai newspaper said on July 5.

Set to be developed by the Kuwait National Petroleum Company, the project was initially being planned for operational launch in February next year. However, the project was repeatedly delayed due to bureaucratic procedures, it added. 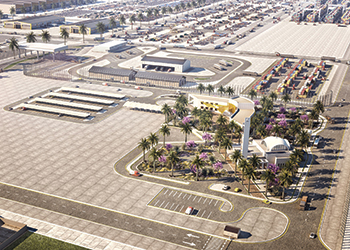