PetroRabigh is a joint venture between state oil giant Saudi Aramco and Japan's Sumitomo Chemical, which engages in the development, construction, and operation of an integrated refining and petrochemical complex.

The key Islamic funding facility, which has been guaranteed by a promissory note, will be used for refinancing existing debts with better terms and conditions and repayment period, in addition to settling other loans, which will reflect positively on the company and its shareholders, said Petro Rabigh in its filing to the Saudi bourse Tadawul.

Under the 12-year facility, Petro Rabigh is granted a grace period until May next year.

Fujairah to get fourth refinery in 2021

LONDON: Fujairah's fourth refinery should come online in 2021 as Brooge Energy expects its 25,000 barrels per day refinery producing low sulfur fuel oil to be launched in the second half of the year, said S&P Global Platts.

The entire Middle East will be in recovery mode for most of 2021, with Fujairah's prospects brightened somewhat by incremental trade of Murban crude delivered from Fujairah with the launch of ICE Futures Abu Dhabi, according to Iman Nasseri, the Middle East managing director for Facts Global Energy.

MANAMA: Construction work on the expansion project at Bapco’s Sitra oil refinery has reached 60 per cent and is on track for completion by the third quarter of 2022.

National Oil and Gas Authority (Noga) has, over the past, focused on training and qualifying national cadres to undertake responsibility in various national companies operating under Noga Holding’s umbrella with allocation of a large budget for training as part of a government policy aiming to replace expatriate employees with citizens, he said. He announced plans to drill eight new offshore wells in Khaleej Al Bahrain oilfield with a depth of 8,000 to 13,000 ft vertically and 3,000 ft to more than 10,000 ft horizontally. 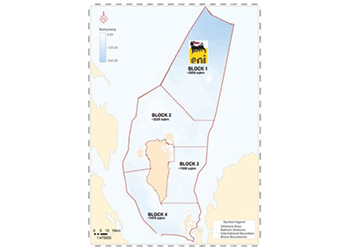