The IPO was oversubscribed multiple times with significant demand from UAE retail investors and qualified institutional investors. The total gross demand for the IPO amounted to over $34 billion, implying an oversubscription level in excess of 31 times in aggregate.

Upon listing on the ADX, Adnoc will continue to own a majority 84 per cent stake in the company, while Baker Hughes will retain its 5 per cent stake.

MANAMA: Petrofac has been awarded a new multi-million-dollar contract by Tatweer Petroleum to support its gas distribution network project in Bahrain.

The underground pipelines will run through sections onshore and offshore below the seabed in support of gas supply to the kingdom and will be designed for full interchangeability.

ABU DHABI: Natural gas is set to play a pivotal role in powering economic growth in the UAE over the next 50 years, according to Dr Sultan Ahmed Al Jaber, Minister of Industry and Advanced Technology and Managing Director and Group CEO of Adnoc.

'The Principles of the Fifty is a mandate for progress driven by 10 guiding principles aimed at making the UAE the most dynamic economy in the world. Gas will play a pivotal role in this blueprint for growth, as the essential fuel stock for our downstream hub in Ruwais and our industrial joint venture, TA’ZIZ,' Dr Al Jaber said.

He said the UAE is strengthening its position as a regional leader in natural gas and the emerging blue hydrogen market.

The UAE is on track to achieve gas self-sufficiency as Adnoc leverages advanced technologies to expand into unconventional gas.

The installation’s first sour wells were opened earlier this month introducing sour oil to the YKP Central Processing Facility, and the project has already started exporting crude oil to the Main Oil Line, reported Oman News Agency (ONA), adding that the plant’s capacity will be ramped up over the coming months.

Spanning an area of 1.68 sq km, YKP is the second largest, and most technically complex project in PDO’s history – with COVID-19 adding another layer of complexity over the past two years of construction and commissioning activities. YKP is of a high strategic value towards meeting Oman’s growing medium and long- term oil and gas demands, as well as reducing PDO’s net non-associated gas import.

HOUSTON: Hoover CS will provide ART, a joint venture in which Bahrain Petroleum Company (Bapco) is a major partner, with circular catalyst packaging and logistics solutions in support of the largest catalyst management agreement signed in Bapco’s history.

For this, Hoover CS has announced a multi-year agreement with Advanced Refining Technologies LLC (ART). The other partners are US specialty chemicals and materials company W R Grace & Co and US energy company Chevron.

Hoover CS will also identify opportunities to improve circularity within ART’s supply chain, ensuring sustainability goals and net zero objectives are at the forefront of their strategy.

'Pursuant to this plea agreement, the company has today indicated guilty pleas to seven counts of failing to prevent former Petrofac group employees from offering or making payments to agents in relation to projects awarded between 2012 and 2015 in Iraq, Saudi Arabia and the UAE, contrary to Section 7 of the UK Bribery Act 2010. These offers or payments were made between 2011 and 2017. All employees involved in the charges have left the business,' Petrofact said in a statement. A penalty will be determined by the court, which may take into account 'submissions by the company as to its ability to pay. 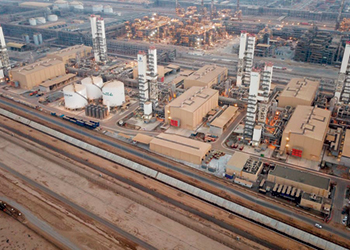