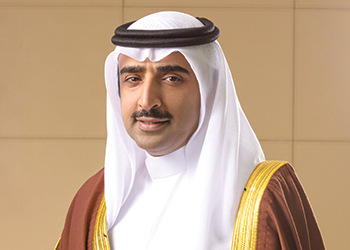 The Minister is hopeful the oil market will bounce back

The future of the oil sector is bright despite moves to abandon fossil fuel. It, however, faces big challenges, such as adequate supply and a shrinking investment market, which is led by a shareholders demand to invest in cleaner energy.

These were the views expressed by Shaikh Mohammed bin Khalifa al Khalifa, Bahrain’s Minister of Oil, at the Middle East Bottom of the Barrel and Catalyst Technology Conference, BBTC Mena 2021, held last month in Bahrain.

He forecast a bullish outlook for the oil sector, rationalising it with oil price projections of $150 by 2023 by conservative banks like JP Morgan and which he said meant there was a supply problem, writes Abdulaziz Khattak for OGN.

Shaikh Mohammed said the global coronavirus pandemic had made everyone realise that the counter cyclicality of refining was not an absolute given. "For the first time we had very low oil prices and extremely low refining margins."

The past two years have been very rough for the oil sector. No one imagined the pandemic could have hit the demand so hard. WTI crude went negative for the first time in history, and global markets losing 30 million barrels a year.

In the past seven years, the oil and gas sector lost a trillion dollars in investments when compared to the levels of investment after the 2015 oil price crash.

Such underinvestment leads to supply problems. However, it is hoped the cyclical nature of the economy will lead to rising demand, better prices and thus better refining margins.

Demand, Shaikh Mohammed said, was not going away and will in fact continue for a long time.

He categorially said: "I am telling you that the demand coming for our industries is beyond the investments. Expect very high prices."

But there were clear signals the industry was worried about the supply issue. There was forecast of tight supply amid a growing global demand.

Shaikh Mohammed explained: "Typically if you look at the forward curve of crude, people think that it's lower in the future. That means that the forecasts are pessimistic. On the contrary, that tells you that they are willing to pay a premium today because of the lack of supply."

However, the challenge was not having invested enough.

He called for the industry to start thinking differently. "There's a lot to do, and we are not doing enough."

Refineries are very complicated technological and engineering projects — given the deep conversion being installed today — and thus require billions of dollars in finance and a long time to complete.

To fund them, a complex consortium of finance houses, including banks, export credit agencies, financial institutions, and commercial tranches come into play.

And with banks unable to sell finance because of regulations, there is the need for export credit agencies. But that too is getting harder to obtain.

For example, the British export credit agency, UK Export Finance, has decided not to finance oil and gas projects.

"If this trend continues, you can imagine that getting finance for these mega projects is going to be very difficult," Shaikh Mohammed said.

"And now with an ever-changing landscape of regulations, we don't know what's going to happen in the future," he added.

Another investment challenge the minister noted was the global ESG (environmental, social, and governance) drive, which was making financing hydrocarbon projects all the more difficult.

Shaikh Mohammed was skeptical about the pace of energy transition, which he said was going to take longer than anticipated, much contrary to people thinking it would be here in the next decade or two.

However, he said we need to get onboard with the narrative of carbon emissions.

"The business of deep conversion does exactly that," he said.

"When you add conversion, you are reducing carbon and increasing hydrogen. As you inject hydrogen, which comes from gas, you're increasing the hydrogen content and reducing the carbon content," Shaikh Mohammed said.

He also warned against mismanaging the oil and gas sector and alluded to the European gas crisis example.

"Once you mismanage the sector, you meet reality. And people are not going to be forgiving when suddenly they don’t have heat, electricity or transport." 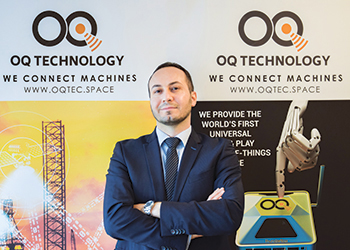