Appraisal of Block 56 Al Jumd in Oman kicked off 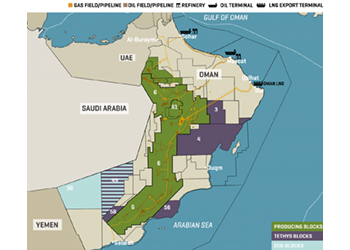 The appraisal programme on the Al Jumd discovery in Block 56 on shore the Sultanate of Oman is continuing with the recent spud of the Al Jumd-3 well which is to be directly followed by Al Jumd-4, both of which are horizontal appraisal wells.

The Al Jumd-3 well, 660 m away from Al Jumd-2, will target the northeastern area of the Al Jumd structure with a horizontal section of 400 m in the Al Khalata sandstone layer at a depth of 1,300 m.

Similarly, the Al Jumd-4 well, located 700 m from Al Jumd-2, will appraise the southern area of the Al Jumd structure with a horizontal section of 400 m in the Al Khalata sandstone.

Meanwhile, in the southwest of the Al Jumd area, testing operations of the exploration/appraisal wells Sarha-3 and Sahab-1 is in progress.

The testing of the first of three layers in the Sarha-3 well has been completed. The deepest layer, the Kareem sandstone formation, flowed, with a PCP, approximately 20 barrels per day of 15 API oil with high viscosity from a vertical section. Fluid samples and test data will be evaluated to determine the next steps. In order to test the Al Khalata sandstone formation in Sarha-3, a workover rig is required, the sourcing of which is ongoing.

Once testing of the Al Khalata is completed the shallower Gharif layer will be tested.

The test plan includes both flow periods and shut-in periods to get a better understanding of reservoir properties and productivity. Once commenced, the testing process will take about three weeks per layer.

Testing of the exploration well Sahab-1 has also recently commenced. So far, the well has only flowed water as the well is cleaning up following significant mud losses during drilling. Testing and evaluation of these wells will continue throughout the third quarter 2022.

Appraisal of Block 56 Al Jumd in Oman kicked off 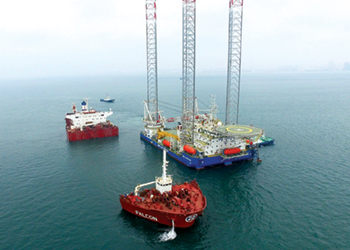